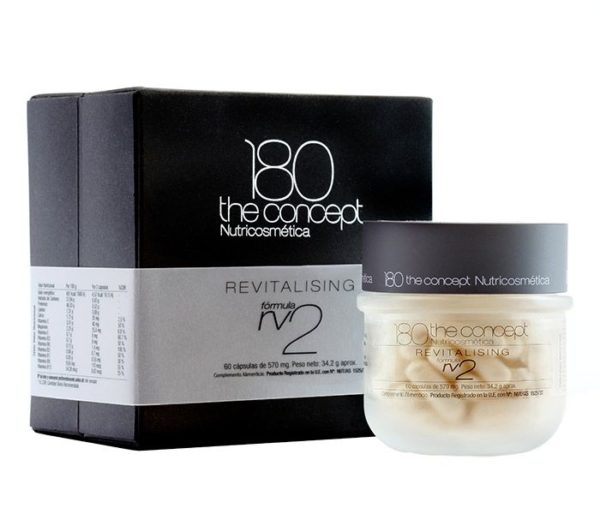 The RV2 formula is a nutritional supplement formulated with a base of Tyrosine, amino acid precursor of important neurotransmitters like dopamine and noradrenaline. Dopamine is a neurotransmitter with direct implications on action, energy, wakefulness, dynamism and also better memorization skills.

The RV2 formula is specifically designed for those who need to balance their dopamine energy activity and contributes to an overall state of well being, concentration and productivity. Tyrosine is rich in amino sugars and amino lipid proteins. It has been discovered to optimize levels of hormones produced in the thyroid and facilitates slimming down by boosting metabolism. The increase in basal metabolic rate makes the body burn more calories and consequently makes it easier for us to lose weight. In cases where there is a lack of tyrosine, the resulting shortage of dopamine can lead to less vitality and mental fitness, as is the case with behavior disorders.

RV2 formula, thanks to the properties of other ingredients benefits us:  Calcium gluconate helps to prevent osteoporosis; Vitamin C, stimulating and encouraging the synthesis of neurotransmitters, possesses a great antioxidant power, making it fundamental in the fight against ageing; Vitamin E is an antioxidant, protecting neurons, the vitamin of youth and beauty, very important in the production of energy; B-group Vitamins, essential to the balance of nerves, plays an important role in the energetic metabolism of cells, and in the repair of DNA.

Combined it is effective for: